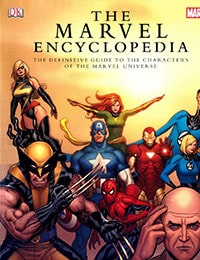 An A-Z guide featuring over 1000 characters from The Marvel Universe with a decade by decade history of major Marvel events. An updated version was published in 2009 to tie into Marvel's 70 year anniversary. Due to this not officially being a Marvel release, there are a few errors in this volume.