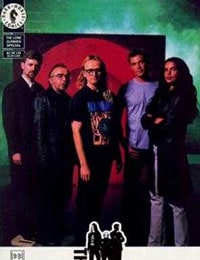 From Chris Carter, creator of The X-Files, comes a new batch of intrigue and suspense with a few familiar faces and an altogether unfamiliar tone. When Mulder needed the real dirt, the conspiracy behind the conspiracies, these are the guys he turned to, and now they're on their own, facing down government corruption and corporate greed wherever it threatens the American way. A zany spinoff from one of the greatest sci-fi and suspense series of all time, The Lone Gunmen comes to comics in this special one-shot by celebrated cartoonist Bob Fingerman (Minimum Wage) and brilliant painter Paul Lee (Marvel's Amazing Fantasy and Vertigo's Dreaming).