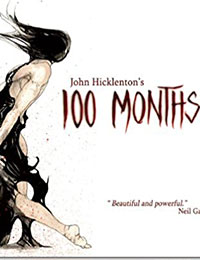 The late John Hicklenton was one of Britains leading comic book artists, famous for the brutal, visceral draughtsmanship he brought to the 2000AD/Judge Dredd titles and Nemesis the Warlock. His final graphic novel is a parable of environmental devastation, depicting the quest of Mara, Warrior and Earth Goddess, as she seeks revenge against the Longpig: a Satanic personification of capitalism, red in tooth and claw, whose followers, a legion of the damned, look quite a lot like us. The world of the Longpig is rich in killing fields and scenes of mass crucifixion that recall Goya, Blake, and Bacon, and represents a true crossover of the graphic novel form with fine art. John took his own life with the help of an assisted.